Created in 2011 in Besançon (FR), Juste Ici produces artistic creations in (and with) the public space.
By nature, the public space is a place accessible to all, without discrimination. It is a ground of expression and contradictions, in which artists and inhabitants can express themselves and make new ideas emerge.

Juste Ici carries out year-round actions with the objectives of supporting contemporary artistic creation in the public space, sharing it with its neighbours, encouraging citizen participation, enhancing the value of the territory and its urban, historical, social and architectural specificities. Its ethic is based on popular education while offering an artistic selection recognized and appreciated by inhabitants and artists, both locally and internationally.

Every year, Juste Ici organizes the festival BIEN URBAIN, art in (and with) the public space in Besançon and carries out different cultural and territorial actions related to creation in public space.

Over the years, 349 artworks have been created by 146 artists of 26 nationalities between Besançon and Saint-Vit (FR), 123 of which are still visible.

Its board of directors is composed by Thomas Huot-Marchand (president), Julie Mélin (secretary), Maud Morel (treasurer), Marie Gillet, Annaïck Le Scouezec and Fanny Linossier (administrators).
Its activity is supported by the City of Besançon, the Bourgogne-Franche-Comté Region, the DRAC Bourgogne-Franche-Comté (Ministry of Culture-DGCA), the Department of Doubs, Grand Besançon Metropole, and also by institutional and cultural partners and patrons.

Creating the unexpected and emotions in the city by transforming it into a real place of expression, playing with its furniture and questioning its architecture: this is the proposal made by the Bien Urbain festival in Besançon!
Sculptures, murals, multimedia creations, illustrations, shows… every year since 2011, Bien Urbain welcomes about fifteen international artists. Favouring an art of public interest, the artists are invited to create original works, contextual and accessible to all in the public space. Guided tours, exhibitions, workshops, conferences and festive times are offered to the public to discover them.

See you in June 2021 in Besançon for the 10th anniversary of the festival! 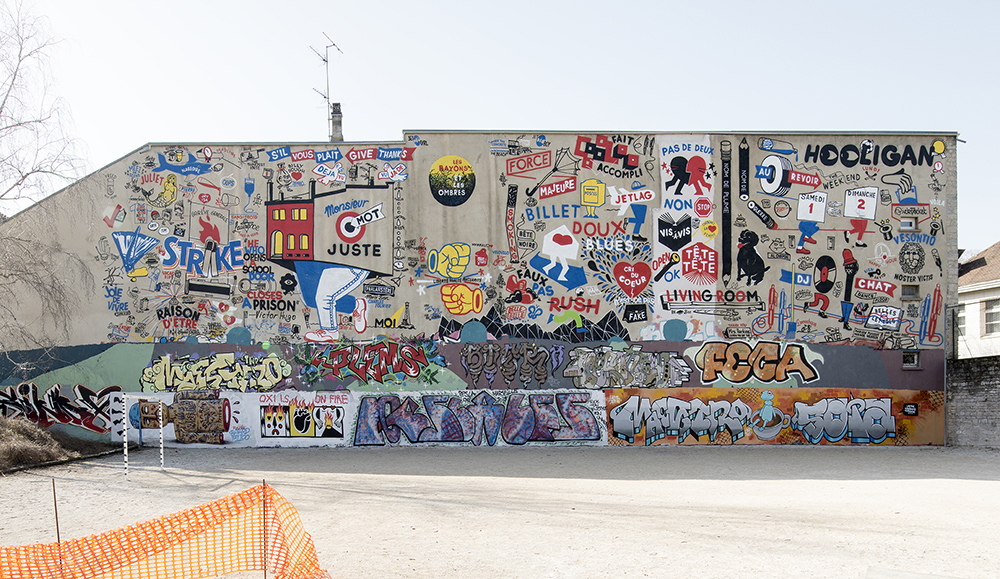 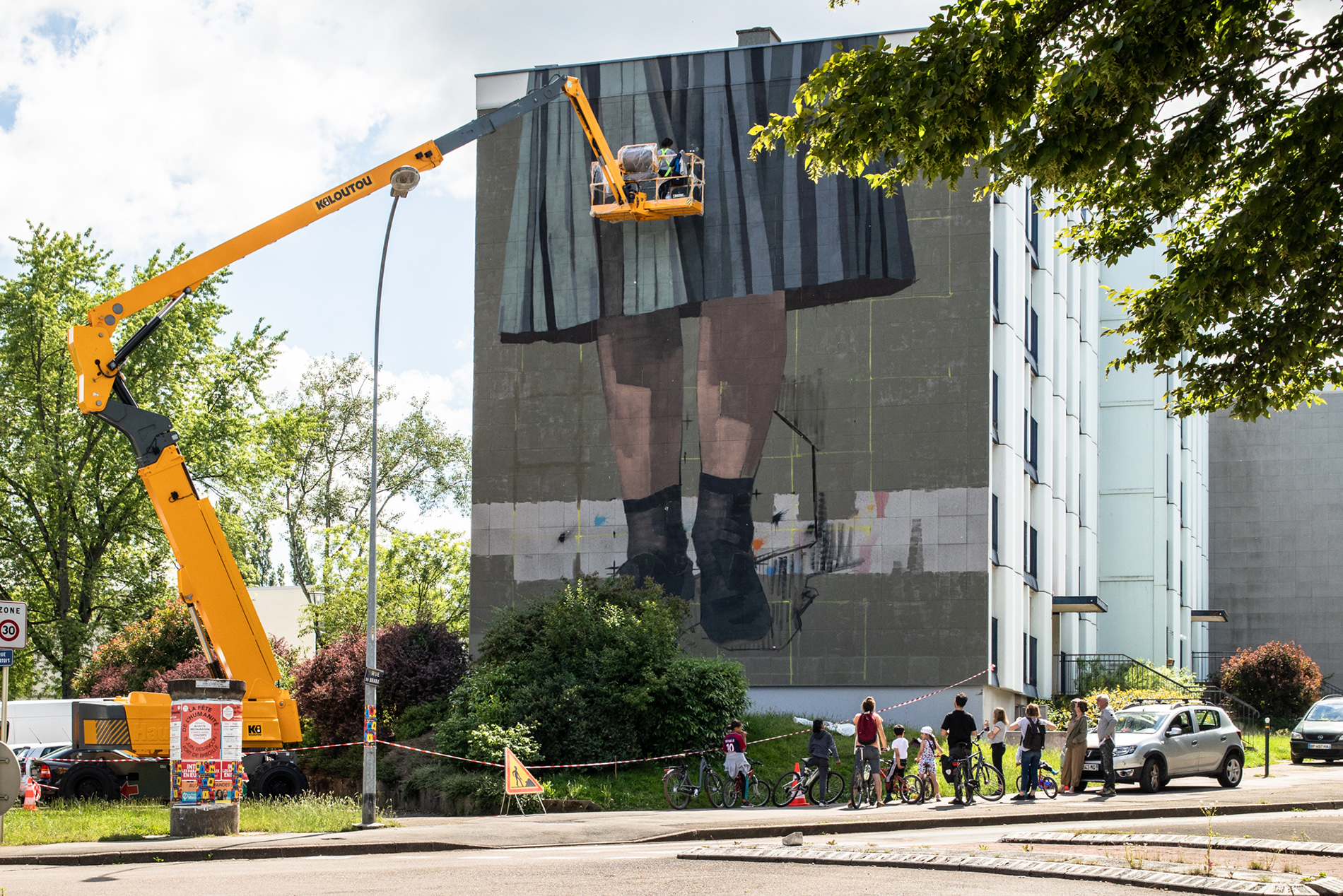 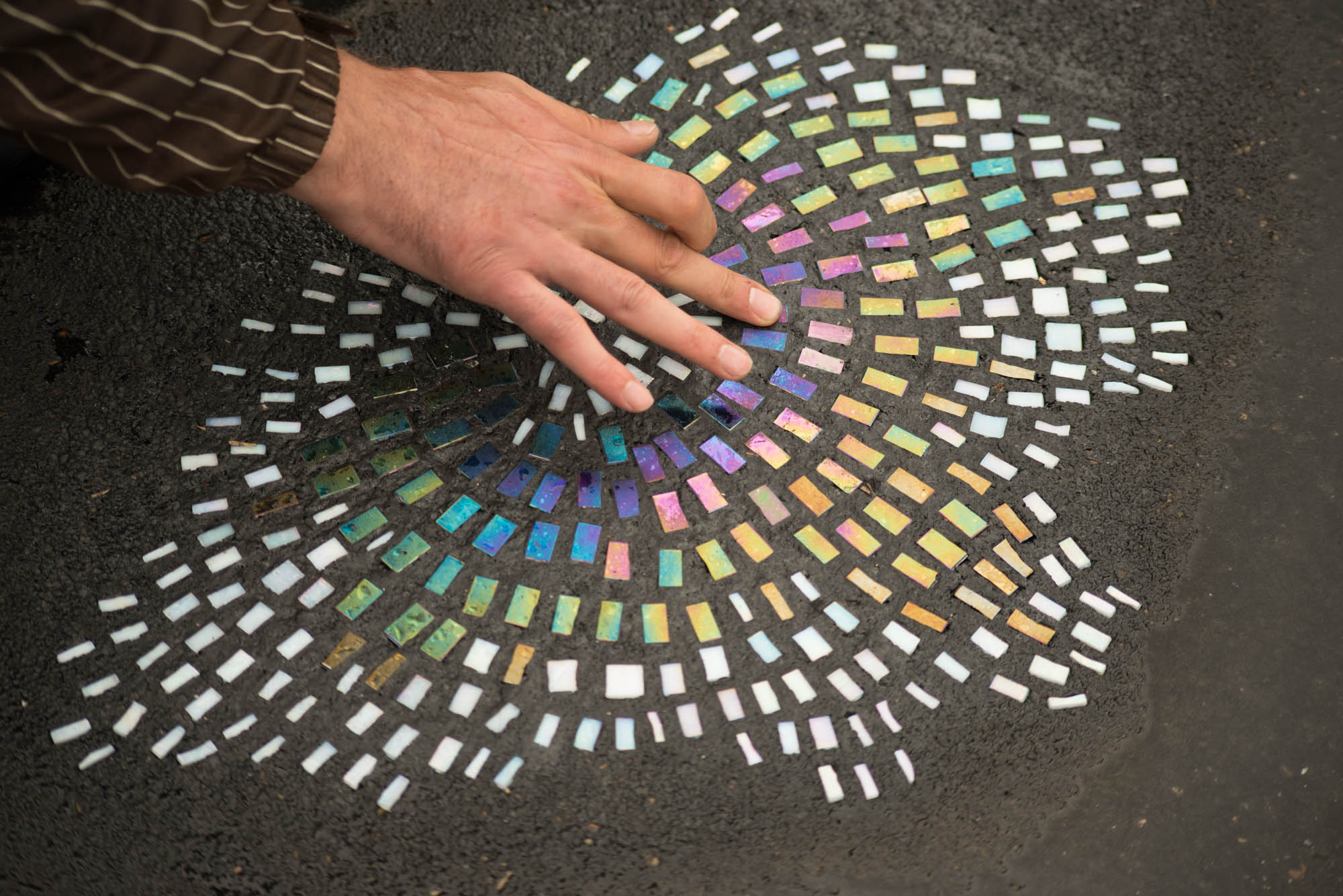 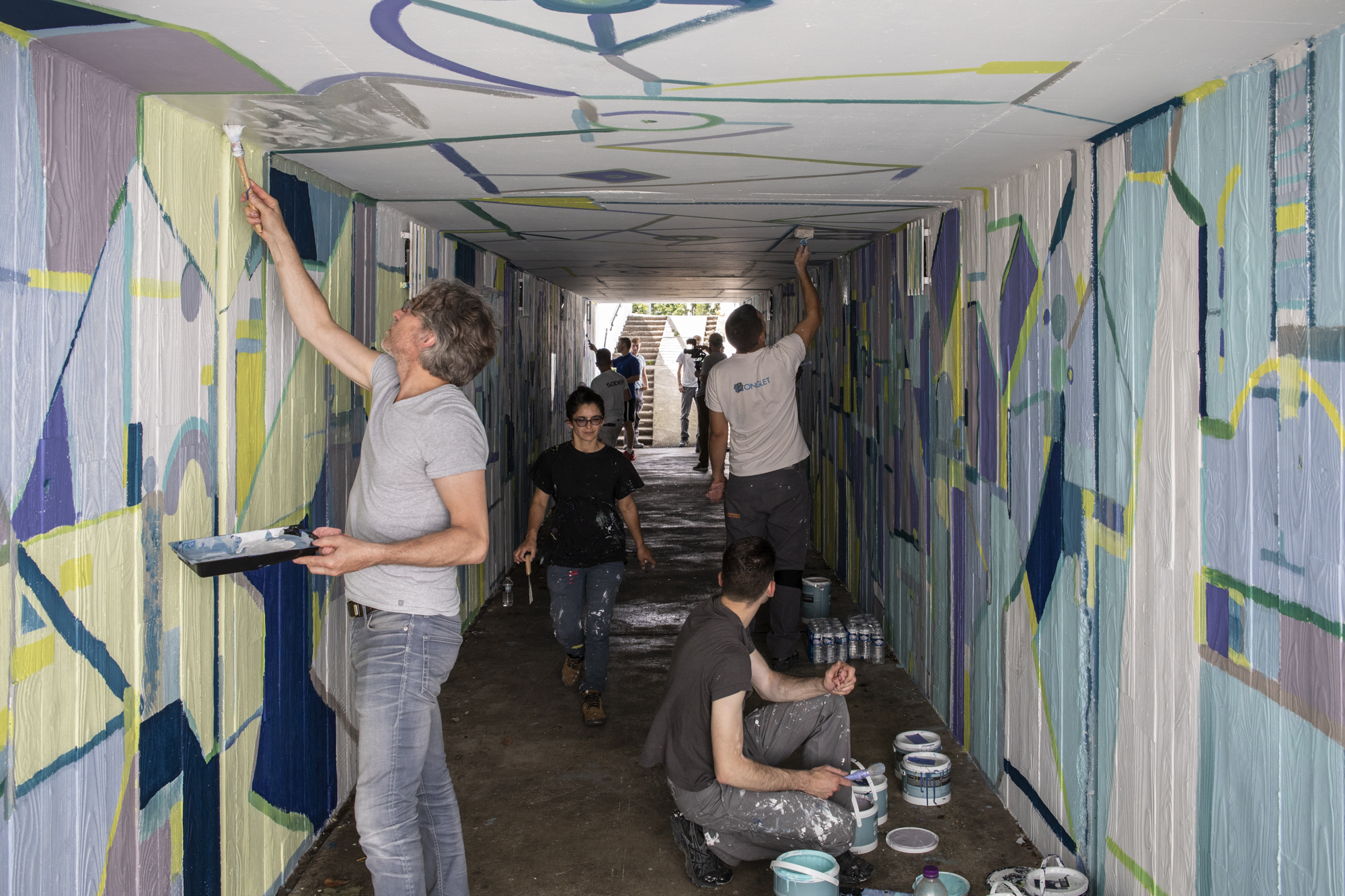 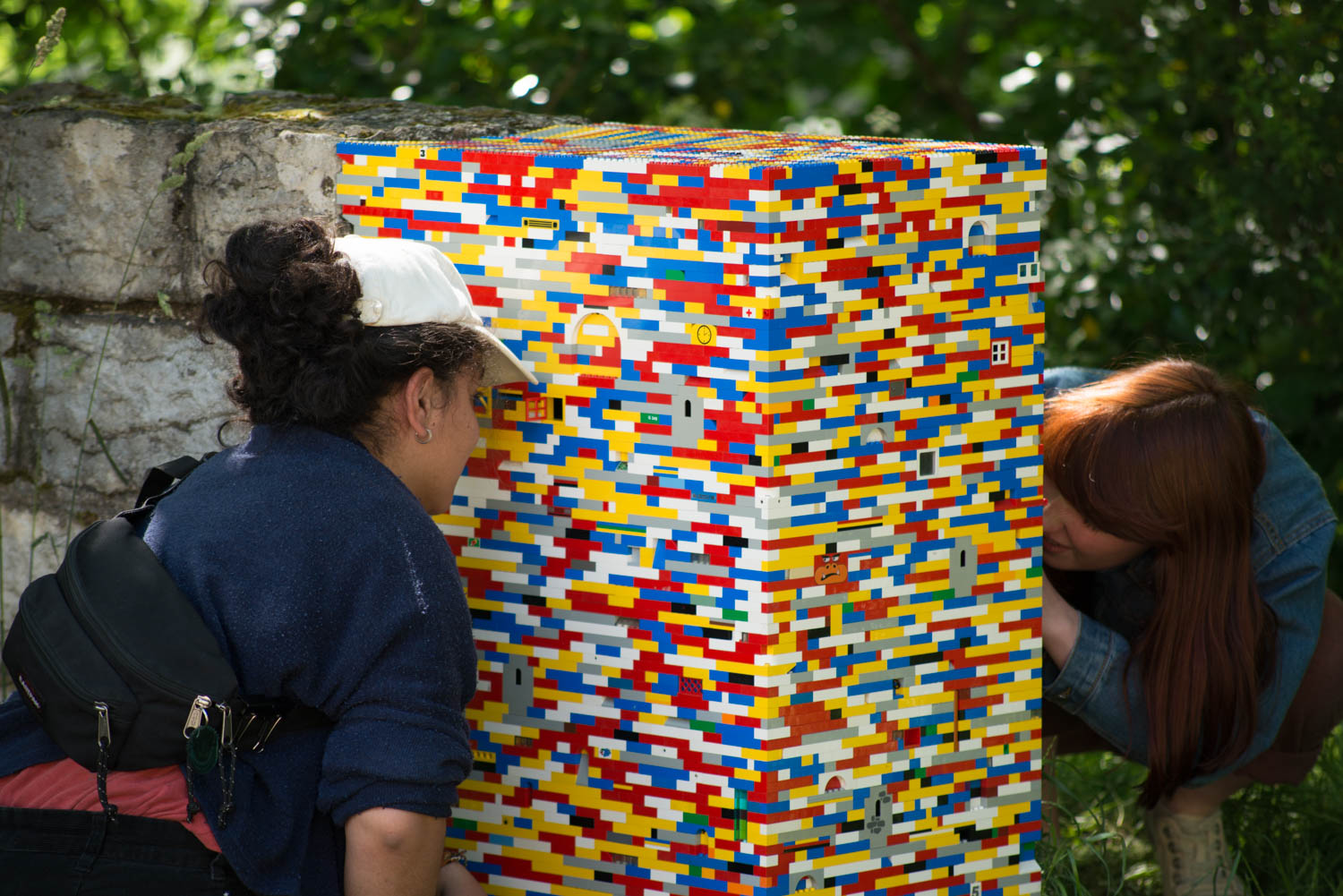 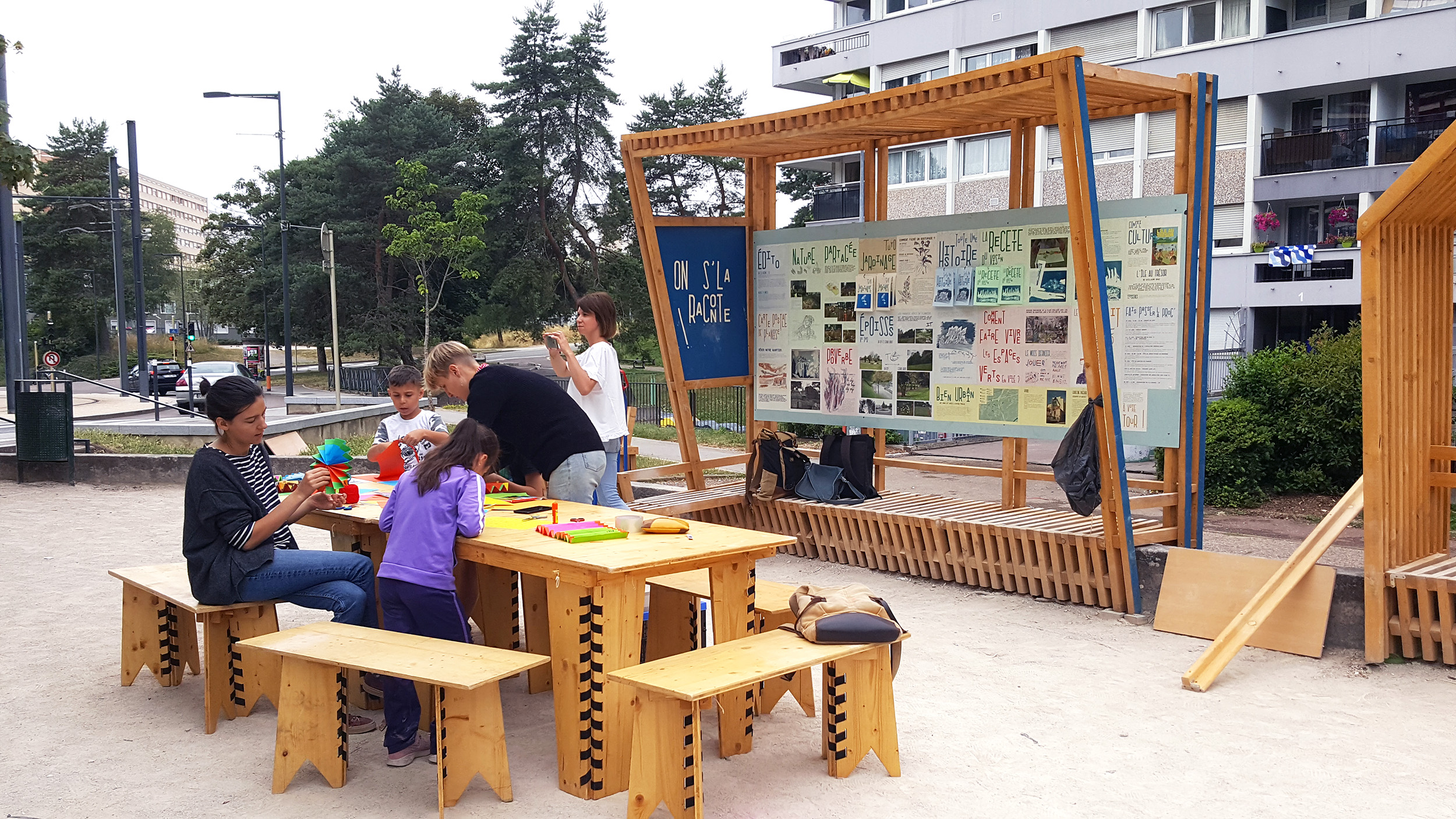 In collaboration with visual artists, architects, urban planners and designers, the Juste Ici organization has been running participatory projects since 2013 in different districts of Besançon, France. Residents, organizations, cultural and social structures of the neighborhood are invited to express their dreams and desires, to take part in the development of their place of life, exploring the territory through workshops, building urban furniture or art installations in public space.

In this logic, Les Ateliers Juste Ici have been regularly held in Planoise neighborhood since April 2018. Supported by the Juste Ici organization, this project of collective and creative appropriation of public spaces is supported by the City of Besançon, Besançon Metropole, the CGET, the DRAC and the Bourgogne-Franche-Comté region.

As part of institutional arrangements for artistic education, we invite artists to intervene in schools in Besançon and surrounding cities to carry out projects to raise awareness and initiate art in public space.

The objective is to encourage students to discover urban arts as much through sensitivity as through practice, in particular through collective creations in their surrounding space. 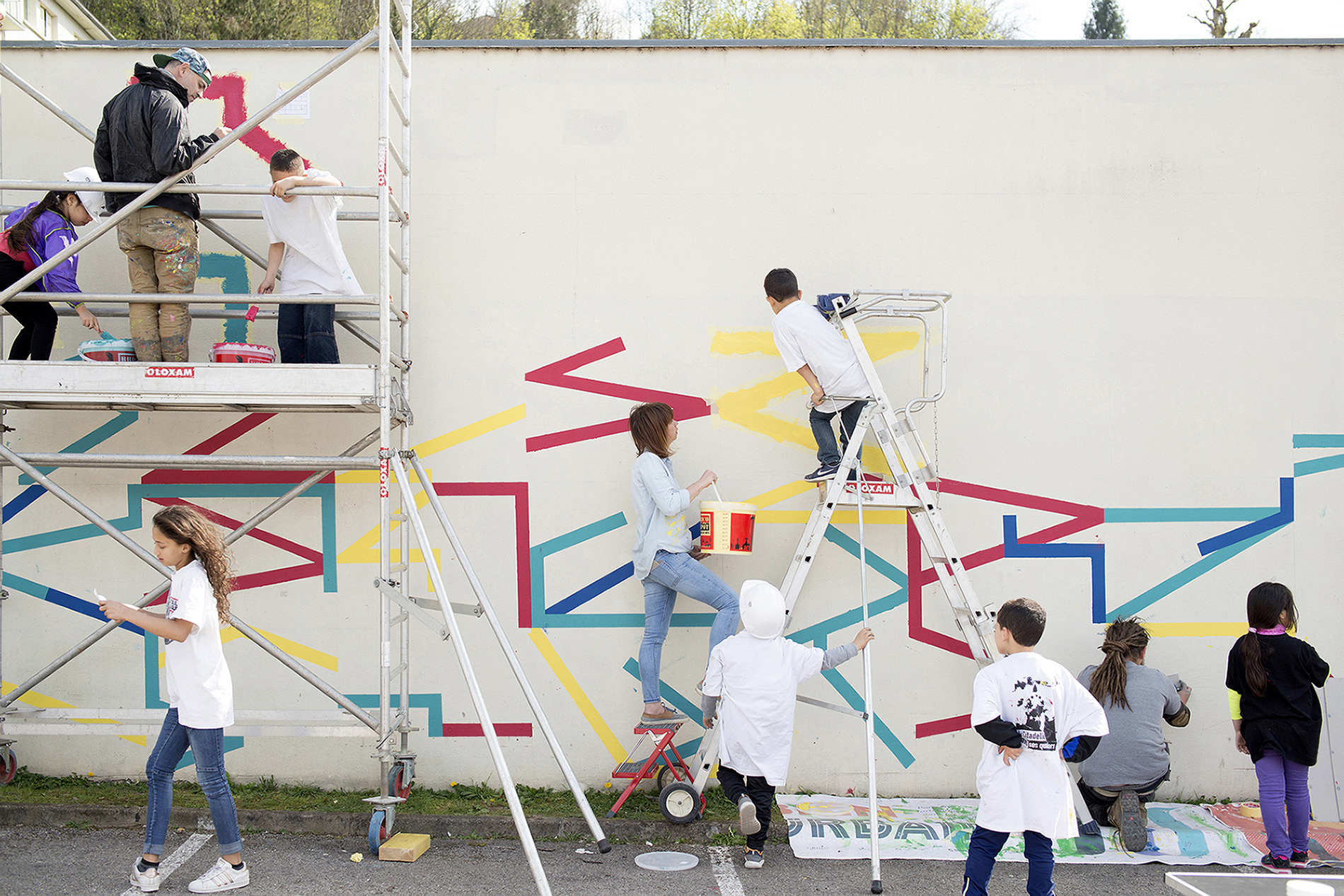 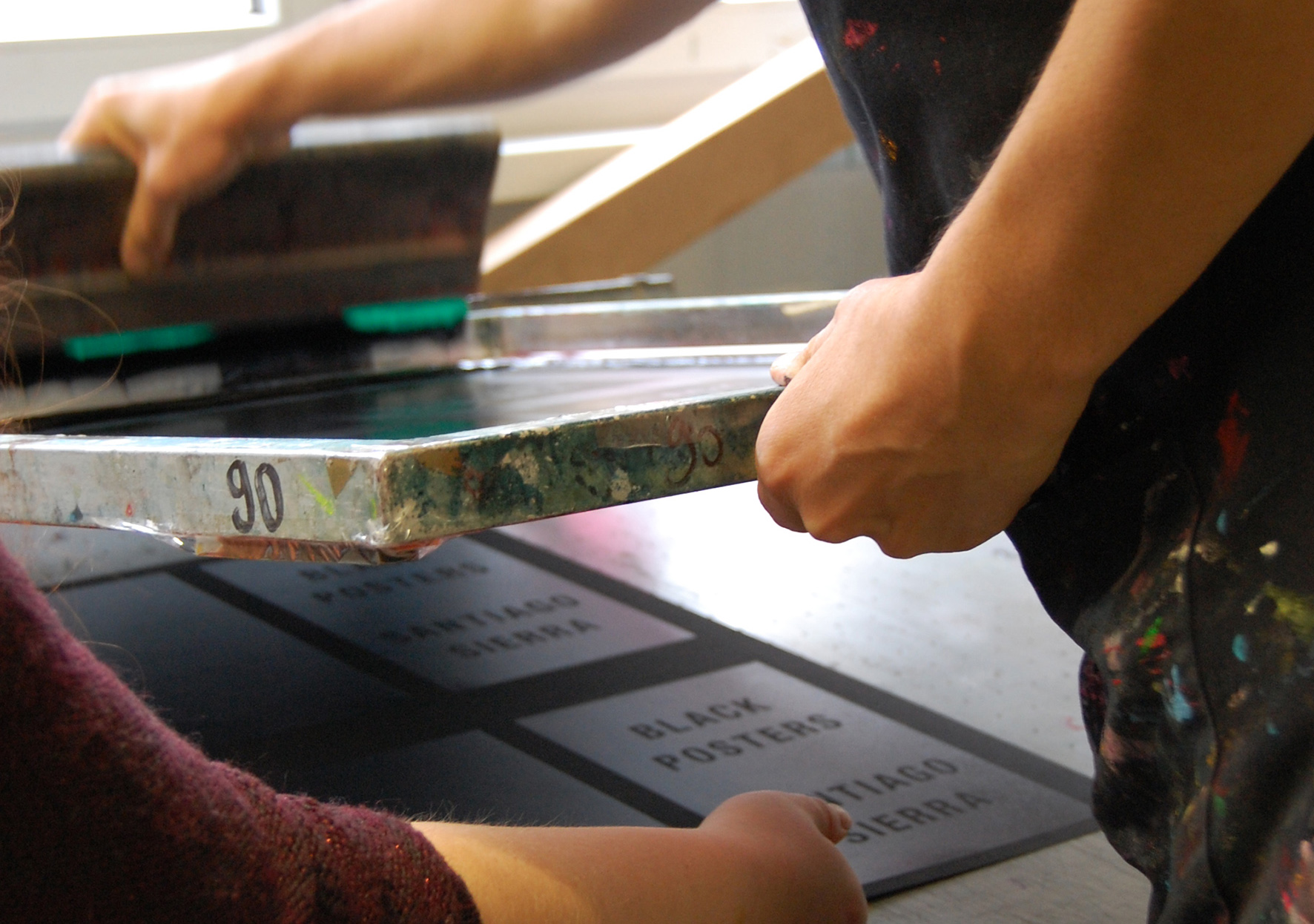 Each year, Juste Ici offers guest artists the opportunity to create books and posters in hand-made printing, most often in silkscreen or risography. Closer to a fanzine than an exhibition catalogue, these handmade books are a way of keeping track of the creative process, or even the ephemeral result of art in the public space.

In 2017, for the first mobility year of the Bien Urbain festival, we decided to build a mobile meeting and information point: the Mobilo! This stand, custom-designed by the artist-builder Laurent Mesnier and David Demougeot, artistic director and coordinator of the association, is installed on a trailer and can be easily moved by car. Once opened and unfolded, the foldable all-terrain wooden furniture inspired by the work of Camille Tourneux invites you to settle down to tinker, read and quench your thirst.

You need more informations on our actions ?
Or maybe a prestation quote or make an internship postulation ?

Just use our contact form and get in touch !